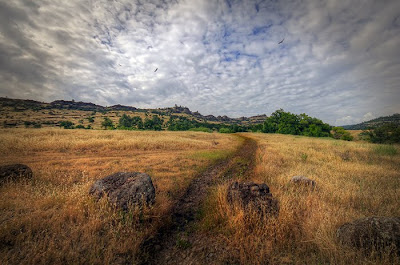 We'd like to thank all those who decided to take advantage of two new options we just started offering this past month: 1) sessions with one of us instead of with us both working as a team and 2) short email sessions. The feedback has been excellent and interesting. We believed working as a team was a special thing and for many people it has been. But some people find so much attention at once overwhelming -- offering more conventional one-on-one sessions was a plus. We also didn't realize the value in short email consultations before! Some people like time to process the information they receive in small chunks. They also need a way to try our services out without jumping into a bigger commitment right from the start. We like doing it so we'll be continuing with that, too. We're also continuing to give anyone who wants to do a phone or in-person session a chance to do so at the bottom of our sliding scale regardless of income. Click here to make an appointment with one or both of us now.

One theme for us this year -- and lots of people on our list -- is the lesson in having things go wrong, not getting what you want, working really hard over a very long period of time only to be forced to do something else. But I can't help but realize that this isn't the first time for me-- a lot of us who were in Santa Cruz in October 1989 when the Loma Prieta earthquake hit know the meaning of having your plans dashed or redirected! But then it was a clear-cut case of "Act of God" or at least "Act of Planet". This economic crisis isn't really a lot different -- the vast majority of people who have faced job loss, foreclosure, and downsizing were not at fault -- and yet the inability for so many people to simply jump back in and put things back in order right away hits like a blow to the solar plexus, it dredges up issues of self-esteem. Failure and the ease with which we get up again afterward has a lot to do with upbringing and societal conditioning. Paul shares his thoughts in our newsletter article for this month.

THE FAILURE OF LARRY CROWNE

So, we go to see the new Tom Hanks movie figuring on some light entertainment. And for the most part, it was. However there was a moment so horrifying that I can scarcely believe that the movie was not rated a hard “R”, “NC-17”, or the dreaded “NR”. The story is moving along quite nicely and then, right out of the blue, a perfectly good cheesecake, a boxed cheesecake no less, is violently thrown against a door. It’s very graphic. The cake fairly explodes, and then oozes down the door. I was beside myself, and yet, I couldn’t look away. The movie continued on of course, but what was Tom Hanks thinking? This is a family film! All I could think to do for the next hour was to keep repeating to myself, “It’s not a real cheesecake, it’s not a real cheesecake, it’s a movie cheesecake.” Thank God it wasn’t a blueberry cheesecake. Even Hollywood has SOME limits.

Seriously though, we did watch the movie. There was a cheesecake scene. I’ve seen some pretty good Tom Hanks movies but this wasn’t one of them. Same goes for some other Hollywood actors who end up with too much creative control on a pet project. We all have our limits. Other times, it all comes together. “The Apostle” for example is an awesome film and was the pet project of Robert Duvall. To be fair, “That Thing You Do” written and directed by Tom Hanks in 1996 was a really good film. But on any given day, week or year things can go different ways, and in fact, that’s exactly what I think Tom Hanks was trying to address in this latest film. It’s a “human” picture, and a lot of human mistakes were made in making it. They meant well, and it shows. Sometimes that’s enough. OK, not this time, but even though I sat through a bad movie I’m not sorry that I did. I’m a little sorry for Tom that he made it but I’m not sorry he made it. Also, I know that he can do better, and I suspect that he will.

Wouldn’t it be great if we celebrated the failures as much as the colossal successes? “Wow man! Did you see how badly you blew that one? That was awesome! I honestly don’t think you could do any worse if you were hogtied, blindfolded and completely unconscious. On a scale of one to ten that was negative fifteen. If my four year old kid painted a picture like that, I’d give him a time out. Listen, you need to go to the cemetery and dig up every artist who ever lived and make a personal apology to their lifeless bodies. Right on, man! Do another!”

Yes, that would be great. Because we'd never be afraid to try something for fear that we might fail. Because in the end it's not about pass or fail anyway. As Jim Morrison once said, "No one here gets out alive." So it's all about how we choose to live our lives. Are we good to each other? Did we care? Did we try to do the right thing? I'm thinking that's what Larry Crowne was all about and what Tom Hanks was about in making the film, so for that he earns my applause.

On a related note, Conan O'Brien delivered an interesting commencement address at Dartmouth College this year. It starts off with the typical funny stuff but about 2/3 of the way in he chooses to impart words of wisdom about the experience of failure, loss and disappointment and the gifts it brings. Kind of like what the Tom Hanks movie was all about despite the execution. Check it out. It's pretty good.

A lot of us know that stress and upset can make our skin problems way worse. I originally designed this for two people with shingles who reported that the problem came about during a long-standing downturn in their lives-- it helped them tremendously and helped their tendency to be angry and upset, too. Then I tried it for a hot itchy rash that appeared after months of growing anger and frustration. Worked wonders for me as well!

We Have Art and Books Available Online

Where to Find Our Videos

We've recently joined the world of Facebook. We post little tidbits of inspiration and fun, information and news about what we're up to, things that don't fit in the newsletter and things that do. And it's an easy way to interact with what we post through comments and possibly discussions from time to time. Check us out at http://tinyurl.com/HealingCommunication . Check Mama Love out at http://www.facebook.com/MamaLoveProducts. Become a Fan and be sure to let other people know about us, too!

THANKS FOR ALL YOUR REFERRALS!
Simplest way to tell people about us? Forward this newsletter and include a note saying you like us. It's easy! 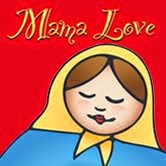